The most popular stereoscope product and the first Virtual Reality viewer was the wildly popular ViewMaster 3D. It came with little round paper discs with stereographic images embedded.  Clicking a lever would change the scene.  I had one as a kid, and you probably did too if you’re an old fart like me. 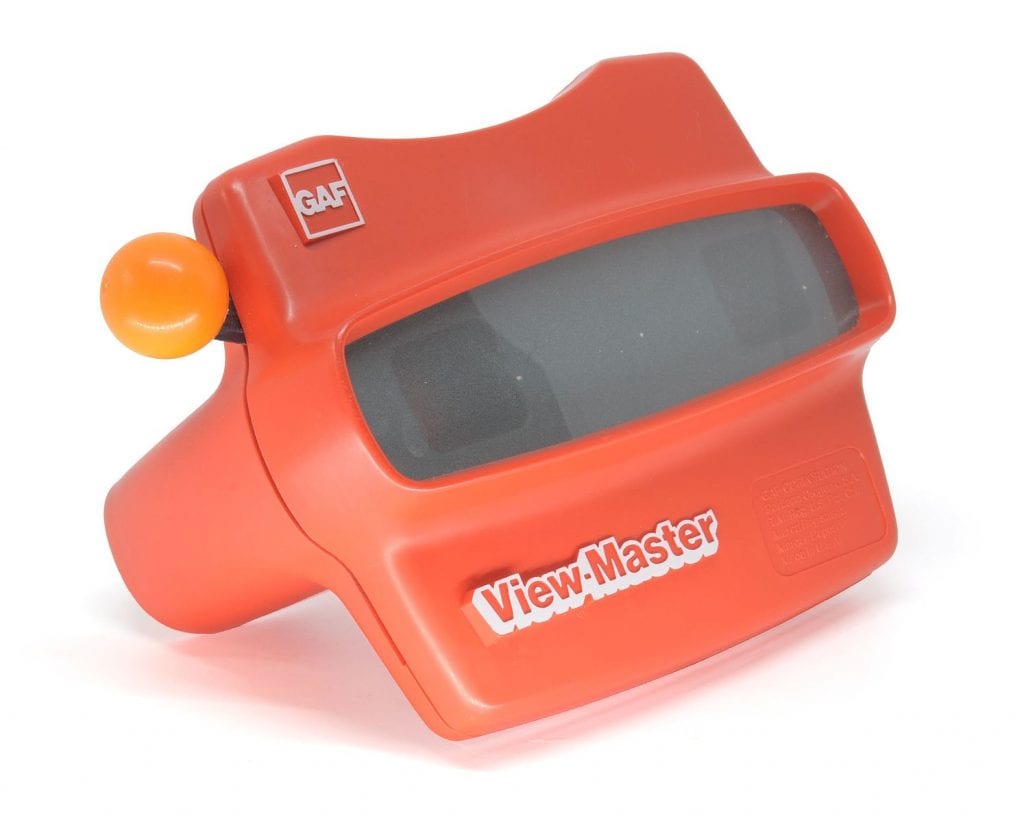 The ViewMaster was invented by a pharmacist named Edwin Mayer, who worked in an Owl Drug store in Portland Oregon.  After returning from serving in the US Army during WWI, he in the photo-finishing business.  He scraped together $3500 from his father, and $1600 in insurance money left over from his fiancée’s father’s inheritance and bought into Sawyer’s Photo Finishing Service in 1919. He was the Palmer Lucky of his day.

By the mid-20-’s, Sawyer’s Photo Finishing was the largest producer of scenic postcards in America. Mayer had recently met William Gruber, who had made a stereo imaging rig out of some Kodak cameras using the new Kodachrome 16-mm film.  He designed a machine that mounted the tiny pieces of color transparency onto cardboard wheels. The ViewMaster was born.

The ViewMaster was introduced at the 1939 New York World’s Fair. It was sold at photography shops, stationery stores, and scenic attractions. 3D scenes of the Carlsbad Caverns and Grand Canyon wowed the world.  ViewMaster became one of the most well-known brands in the world. 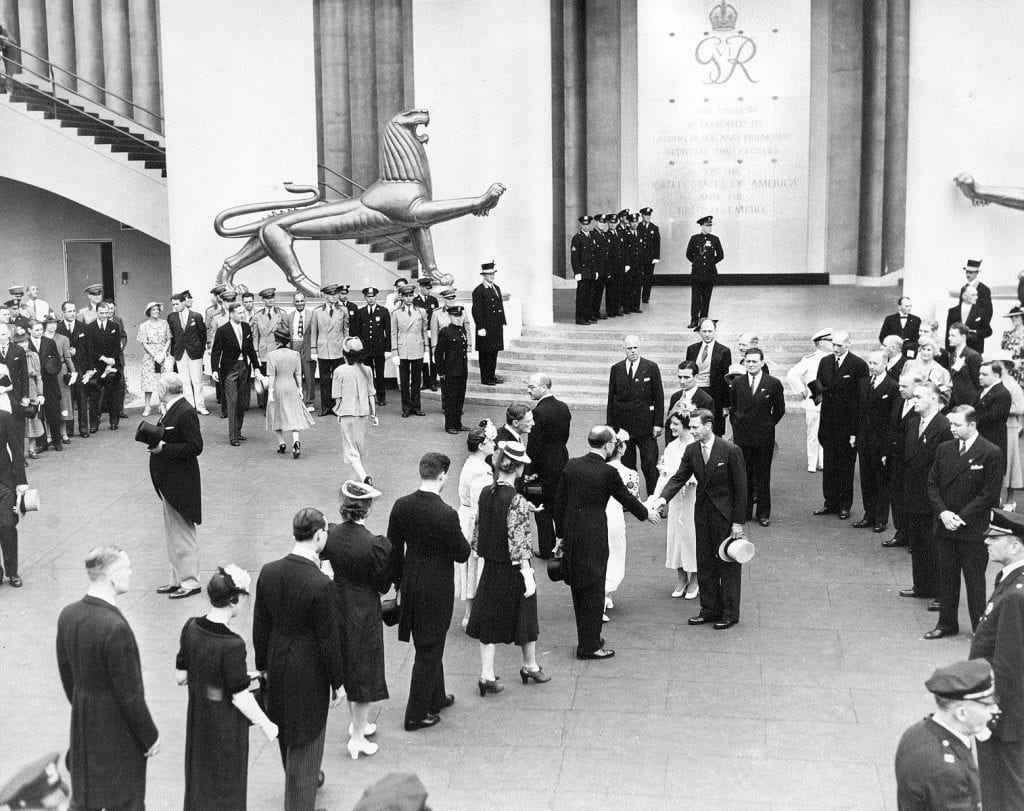 In the 1940s the US military saw potential in using ViewMasters for training and purchased 100,000 viewers and almost 6 million wheels. 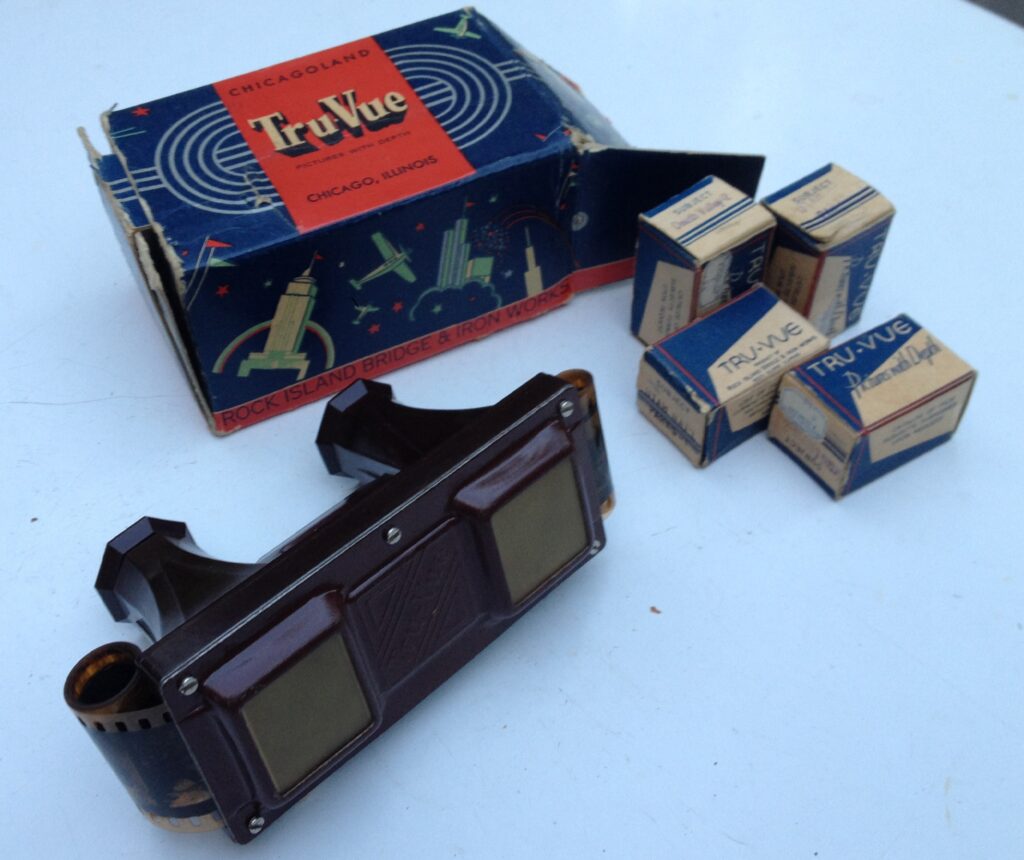 The ViewMaster spawned a rival, Tru-Vue, which Sawyer’s acquired in 1951, cementing their monopoly.  The acquisition gave them licensed access to content from Disney.  They made images of Disney characters and the grand opening of Disneyland in California, cementing their relationship.

ViewMaster was bought and sold over the next decades by companies like GAF, Ideal Toy Company, and Tyco Toys, which eventually merged with Mattel, which made the product under its Fischer-Price line.   They made scenic reels depicting tourist attractions until 2008. 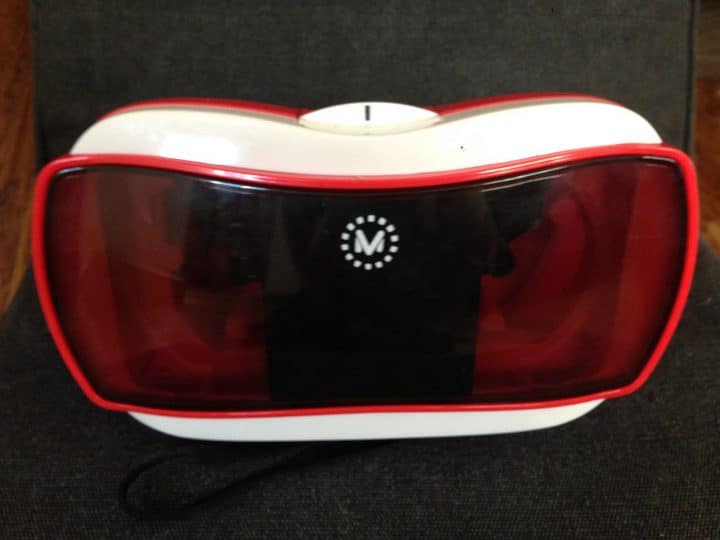 In 2016, Mattel announced a collaboration with Google to produce the View-Master Virtual Reality Viewer. It was an implementation of Google Cardboard utilizing a smartphone. The product went nowhere, but might be featured in the upcoming MGM feature film announced this year based upon the View-Master.

“Since the 1940s, View-Master has inspired wonder and joy in children of all ages, creating huge opportunities for storytelling,” said Robbie Brenner, Mattel’s head of film.

“View-Master was the first device that allowed families all over the world to escape their reality and take them places they never thought they could go”, said Jonathan Glickman, MGM’s motion picture group president. “We couldn’t be more excited to partner with Mattel to create a family adventure integrating the old school turn and click stereoscopic device with the modern world of virtual reality.”

The ViewMaster was the original virtual reality device, and it captured the imagination of the public for nearly a century.  When you think about VR, it’s easy to apply modern technology to it, but the technology is irrelevant. Consumers don’t care about technology. They care about the experience. ViewMaster took people on fantastic journeys to see places and things that just were not accessible before the age of cheap air travel.

Today’s virtual reality does the same thing, only in the frame of today’s most popular entertainment medium, video games. Humans possess an innate sense of adventure and discovery. For the last 100 years, VR has enabled people to see and experience things they can’t do in real life. Back then it was in pictures, now it’s in video games.

The parallels between the growth of stereoscopic viewers in the past and VR are fascinating. You could argue that today’s Oculus Quest is just the latest and greatest stereoscopic viewer. Disney is still a major player, licensing its content to companies like The VOID, Nomadic and others. The military is using it to train soldiers, and the travel and tourism industries use VR to sell their experiences.

The technology really doesn’t matter, as long as you are providing people with an experience that moves them.