A new Star Wars VR Arcade game just hit the market, which has been searching for the ideal use of virtual reality in a compact, unattended package. ILMxLAB, VRsenal, and Nomadic just knocked it out of the galaxy. 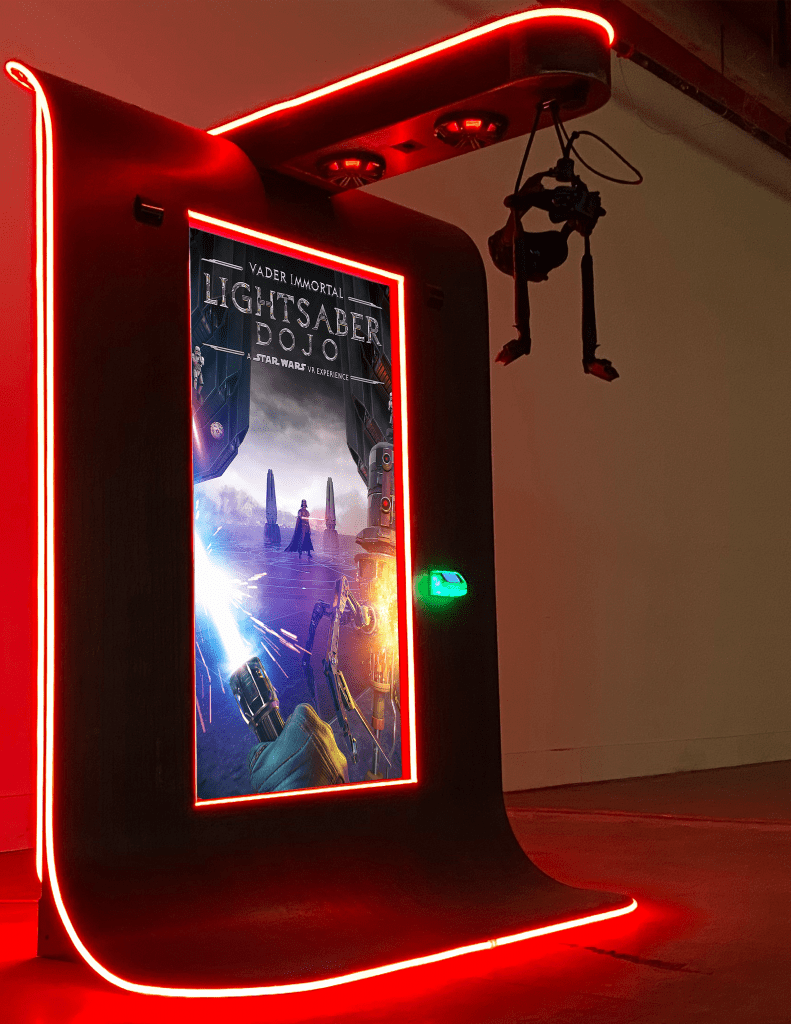 I became a Star Wars fan when my grandfather took me to see the original when I was 11-years old. I kept my oldest son out of kindergarten when he was five to see Episode 1 in the theaters. And on May the 4th 2017, I got my first tattoo: Yoda as the buddha. And I’m considering another of Darth Vader surfing inspired by this painting by my friend Joshua Paskowitz. 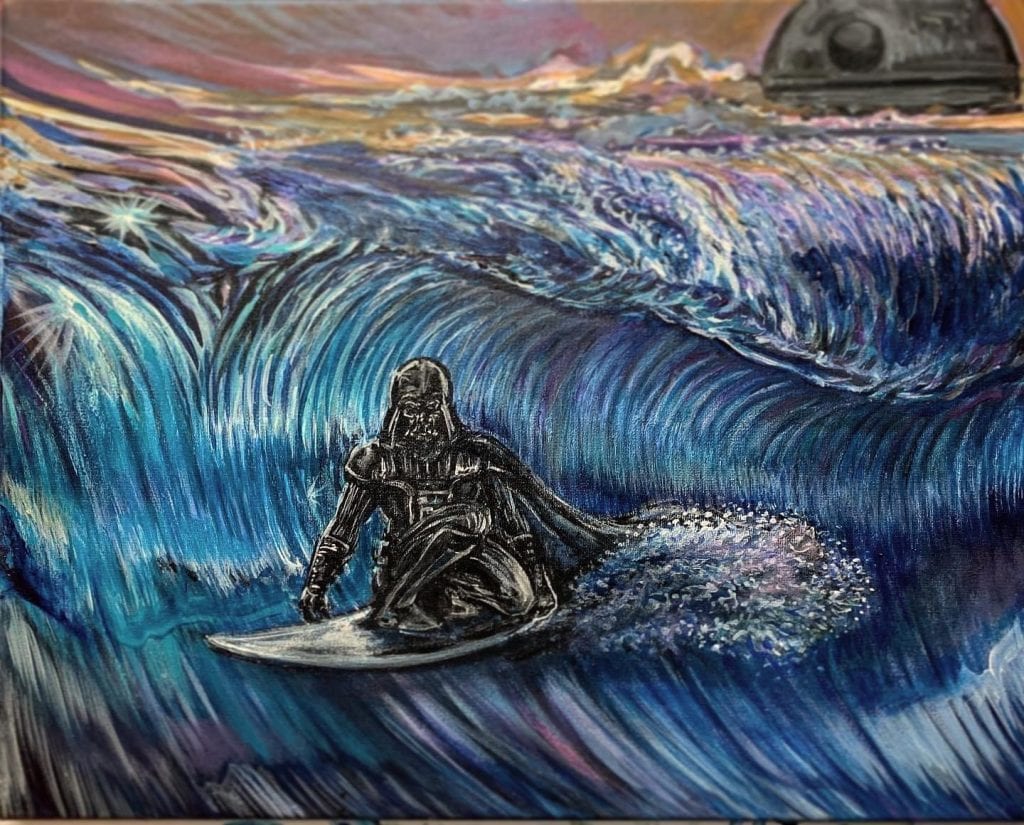 I offer that as evidence Star Wars has more fans than any other movie or TV franchise in history with appeal crossing 4 generations. The popularity of The Mandalorian, featuring Baby Yoda, is growing its fan base among Millenials and Gen Z. In fact, 35% of internet users in America (25% worldwide) declare they are Star Wars fans. 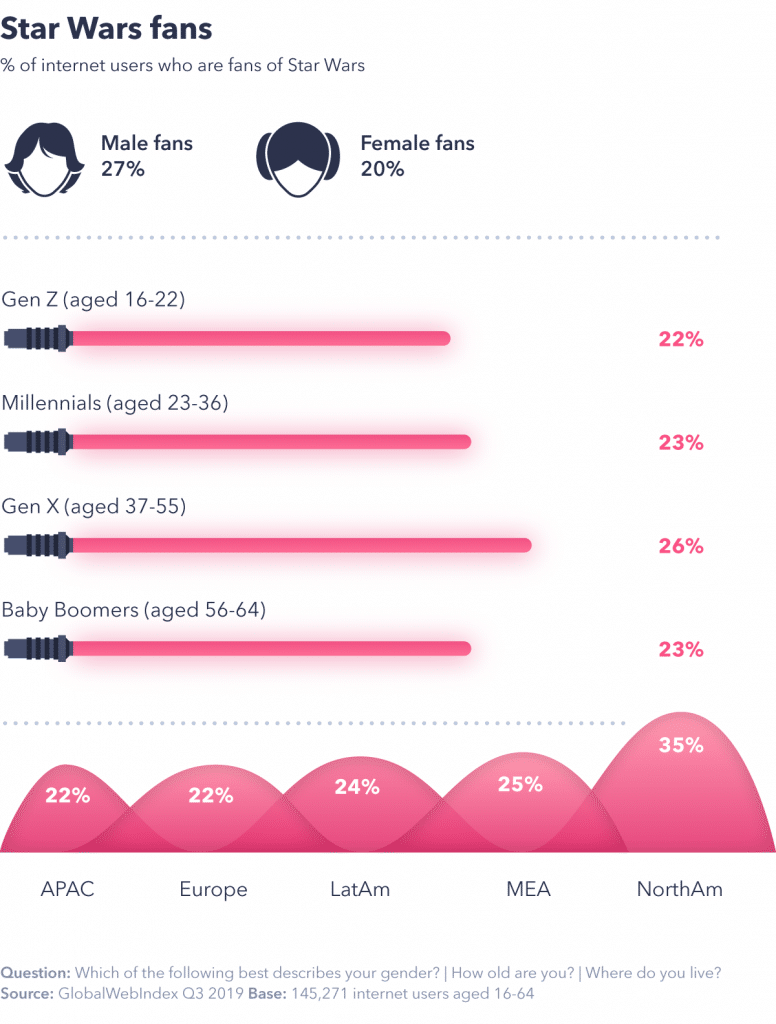 Every Star Wars fan’s fantasy is to wield a lightsaber. In fact, Disney sells more than 10 million lightsabers a year! If you’re not offering these in your redemption center, it might be time to add them.  Fans at Disney’s Galaxy’s Edge can even build their own lightsaber in Savi’s Workshop (for an extra $200 that is). You need to make a reservation 2 months in advance.

The power of virtual reality is to let people do the things they dream of, but cannot in real life. So far, the only VR attractions that have delivered on this fantasy fulfillment have been large, and very expensive, free-roam VR attractions. Until now. VRsenal and ILMxLAB created a Star Wars arcade game where everybody can face off against Darth Vader with a lightsaber for a couple of bucks. Take. My. Money.

I recently had the privilege of penning the cover story in Replay Magazine on the Star Wars VR Arcade game. My research gave me access to Mark S. Miller, the Executive Creative Producer at ILMxLAB. We had a couple of long discussions about how they view the location-based VR space. Despite the pandemic, they’re extremely bullish. More on that in a future post. 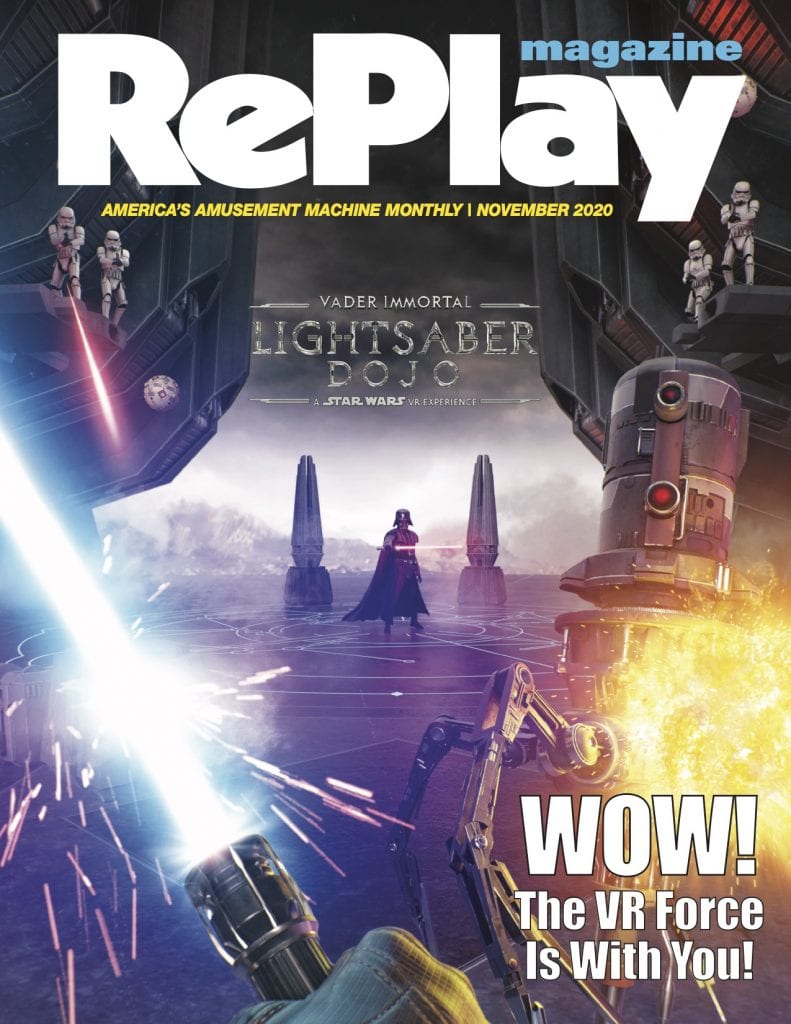 Dave and Buster’s has an exclusive in North America through Dec 1, 2020. It’s currently shipping to the rest of the planet. If you are looking for something to get people out of their homes, away from Netflix and Fortnite, and back into your location, I can’t think of a better product than a Star Wars arcade game that makes fantasies into reality. And they’re running a 0% interest promotion to help operators who’ve suffered declines in cash flow.

As always, if you want an introduction to VRsenal or help to figure out what VR attraction to select, just reply to this email and we can have a chat.