I just spent a week in Chicago with the insiders and influencers of the amusement industry. Every year the American Amusement Machine Association (AAMA) gathers to hold their committee and board meetings. Manufacturers preview new products coming to market for distributors. And everyone collaborates to help raise money for the AAMA charitable foundation.

This year, I was asked to give a keynote on virtual reality. It got the conversation going. There were five key takeaways from this presentation I want to share with you.

1.The biggest threat to location-based entertainment operators is the exploding digital consumer entertainment market. Netflix, and the forthcoming streaming video systems like Disney+, AppleTV+, will further compete for consumer attention. 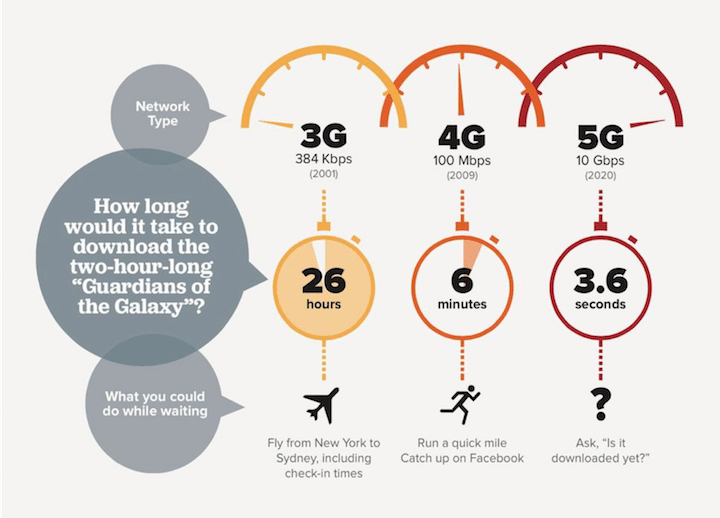 A whole host of streaming gaming platforms are coming this year. Built for the looming 5G rollout, consumers will have AAA high-quality PC games streamed to their phones, ipads and computers. No longer will it take a gaming console or high-end computer to play the latest titles. Stadia from Google, XCloud from Microsoft and Geforce Now from nvidia are all currently in beta test.  Apple Arcade just launched a casual gaming subscription this week; for $5-a-month players get access to 100 games. All these platforms make it easier than ever to get great entertainment, everywhere, on every device. For LBE to remain relevant, operators need to provide AWESOME experiences that people cannot get at home. I know this is not a revelation, but operators understand not just how big the competitive threat these platforms present. 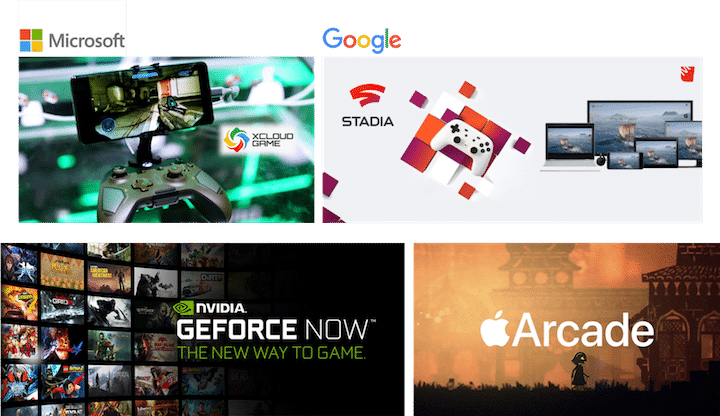 2. Fortnite is the 800-lb gorilla of home entertainment right now. Two hundred fifty million players are spending over $2 billion a year to dress up their avatars and make sure they have the right dance moves. Fortnight is not a game. It’s a place where kids go to hang with their friends. It’s the arcade of Gen Z. If you think your biggest competitor is the entertainment center across town, you’re wrong. It’s everywhere, and the average person plays for nearly 2 hours every day. 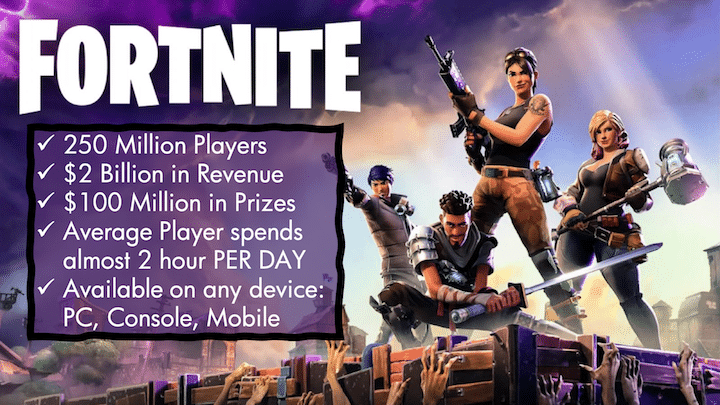 3. Operators have moved from “do I need VR” to “I need a VR thing.” Now they are moving to “how many VR attractions can I operate?” and “which ones should I buy?” This momentum is partly due to the success of Hologate, Virtual Rabbids and now Beat Saber. Those three games have proven that VR can work for multiple age groups in different formats: multiplayer arcade, two-player ride, and single-player arcade.

4. Operators and distributors need to think about VR as a platform, just like PC’s were at the turn of this last century. When the arcade industry migrated from custom printed-circuit boards to the Wintel architecture of PC’s, it took a while for operators and distributors to embrace that change. But they did, and every arcade game now is built on a PC platform. They’re easy to find replacement parts for and to repair. VR is now like that; the off-the-shelf nature of VR headsets and computers makes them easy to service and support, even if the solution providers making and selling the “systems” go away 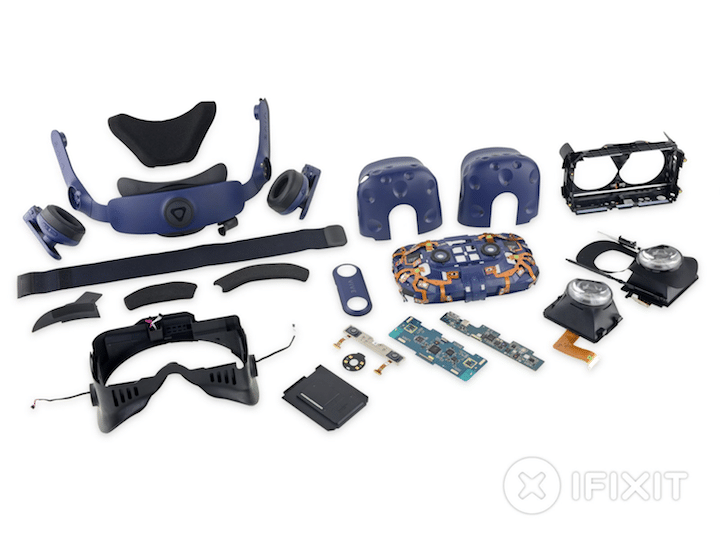 5. Sometime next year I predict someone will come up with a content distribution system for indie free-roam multiplayer games. Operators will soon be able to buy 10 HP backpacks from Amazon with headsets, and a game-servers, subscribe to this service and choose what content they want to offer. These games will become democratized, and there will an endless supply of content coming to market. Most developers won’t make enough money to support their efforts, but that won’t stop them from shipping games. And it will be OK, because of point 4 above.

We are reaching the tipping point of VR in the FEC business. Big, corporate operators are all planning to combine many VR attractions into new entertainment concepts. Larger VR parks are opening around the world, and many succeed. Even the endemic amusement distributors are all interested in building VR games. Unis announced a VR motorcycle racing game, and several other manufacturers indicated they were considering or developing something. The team from Betson was so pumped up after returning from a demo of the new VR game from Raw Thrills they were overheard exclaiming their excitement everywhere. I expect to see new VR from the old guard manufacturers released over the next year. 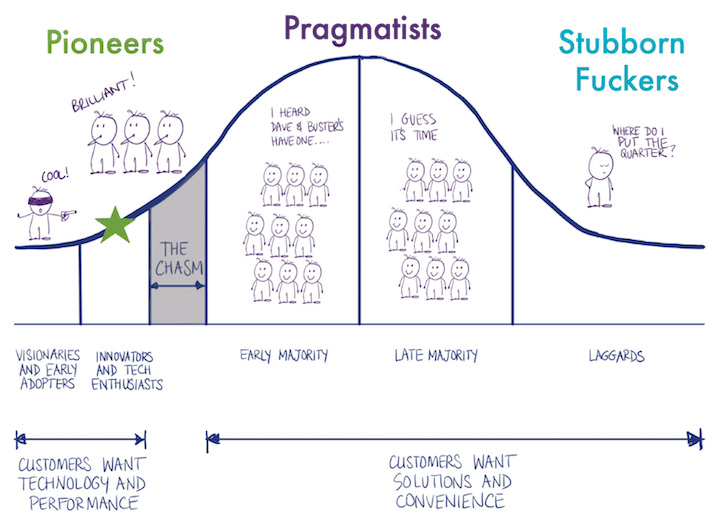 Seeing trusted manufacturers building VR games, and large-successful operators rolling them out will provide the comfort and confidence that the smaller amusement operators need to buy more VR attractions. 2020 will be the year VR hit the mainstream in the location-based entertainment market.

But with that growth will come carnage. I predict we will see over 100 exhibitors showing VR solutions at the annual IAAPA conference in Orlando in November this year. And my guess is there will be even more next year when IAAPA can expand the floor space available to new exhibitors. We are on an unsustainable level of competition.

Operators need to look at the tech differently. There’s nothing proprietary in the hardware anymore. Even if a company wants to control the launcher, that’s easily circumvented. I expect a host of companies, maybe even coin-op distributors like Betson, Player One and Shaffer, among others, to learn how to support and repair VR solutions. That will give operators the comfort they need to buy what they like, with less worry about whether the developer will be around in 5 years to support it.

I’m writing this in Paris, awaiting the start of the Euro Attractions Show, or IAAPA Europe as it’s commonly known. I am expecting to see lots of new VR there and will report back from the show next week.

And don’t forget to tune into my Deep Dive Webinar this Thursday. I will be coming to you live from Paris with Kevin Williams and Charlie Fink, two of the most influential and knowledgeable VR/AR pundits. We will be talking about the latest developments and predicting what’s coming down the road next year. Don’t miss it.