Everything has changed, but at the same time, nothing has changed.  That’s the paradox of the times.  The rules of being in public are changing.  Consumer habits, parent’s risk profiles, entertainment options and appetites are all changing. Yet the initiative to innovate business models is lagging.

When I talk to business owners and executives, the overwhelming majority of them are focusing on how to survive until we get back to “normal.” I thought maybe it was just the LBE industry, but a recent McKinsey report shows that it’s widespread across all sectors. 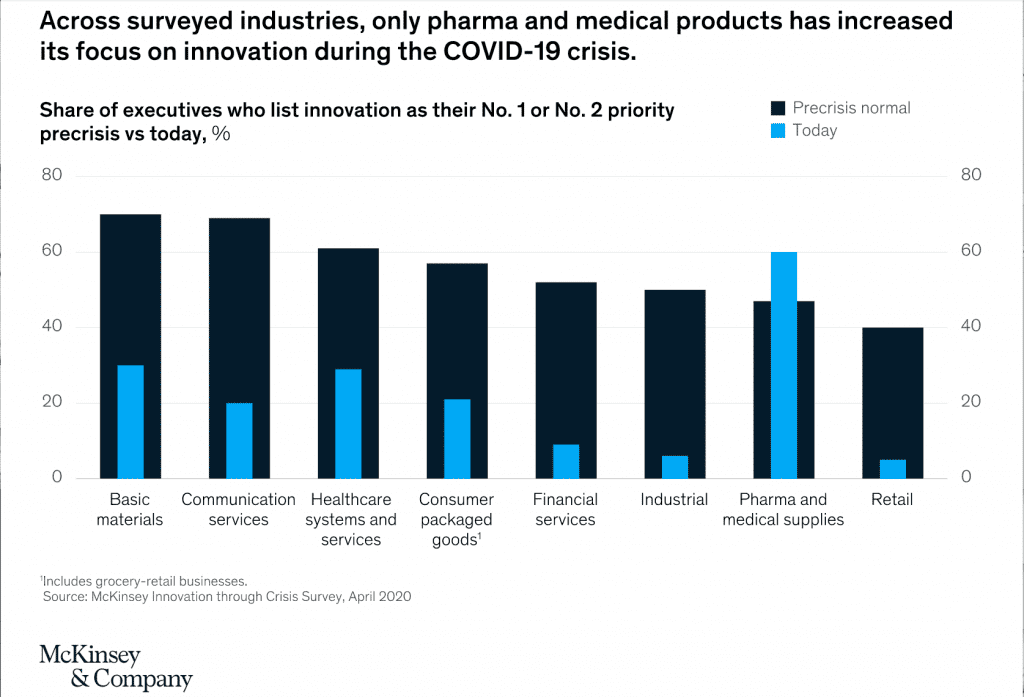 58% fewer executives now rank innovation as a lower priority than organizational health, efficiency, and core business.  Which is shocking to me, because if there was EVER a time when innovation was a survival tool, it is right now. 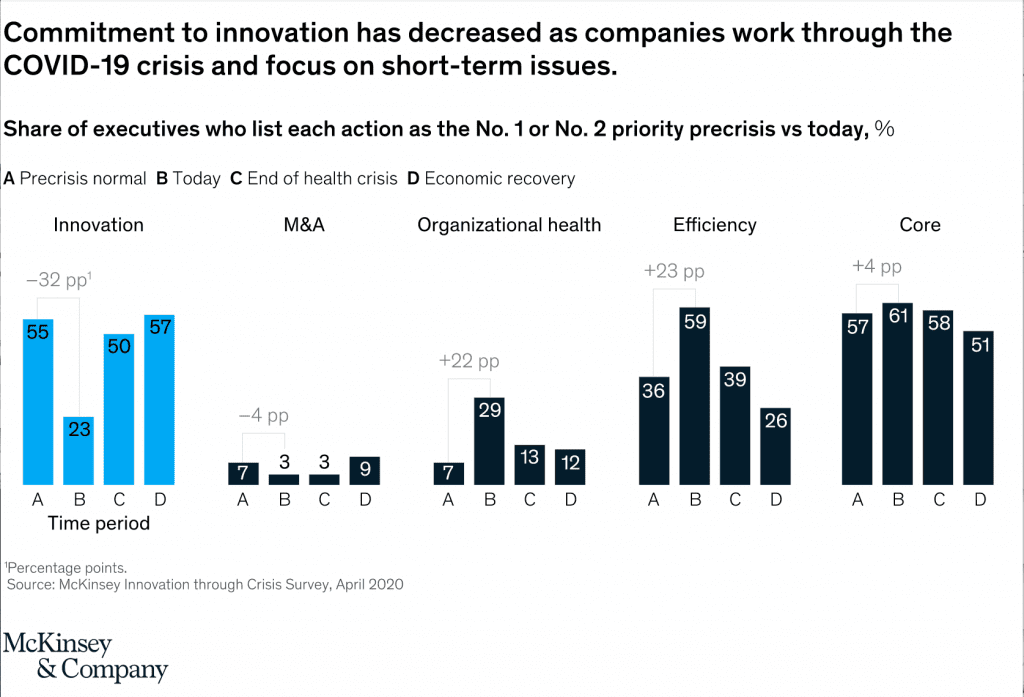 I understand why it seems like a focus on efficiency is essential. We all needed to triage our businesses. When revenue plummets, you need to stem the bleeding.

But the de-emphasis of innovation is just ensuring a slow death. COVID-19 has accelerated the macro trends that were slowly eroding the out-of-home entertainment business. It was happening so slowly most people didn’t notice it. It reminds me of the adage of the frog in the pot of cold water on the stove.  As the water gets hotter and eventually boils, the frog barely notices, and never hops out of the pot.

They say it takes 21-days to form a habit and about two months for them to become new behaviors.  We are more than 4-months into this pandemic with no end in sight. It’s time to realize the water is getting hot, jump out of the pot, and innovate.

This past week I ran an event called Reboot, Relaunch, Reimagine. I gave an overview of some innovation practices I have been using with my team to look at my practice and how I might evolve to thrive in a changing world.

If you’re focusing on survival, that’s the best you are going to do. JFK once said that the Chinese symbol for “crisis” is a combination of “danger” and “opportunity.”  Over the next couple of years, many of the endemic companies that dominated their industries over the last decade will come crumbling down, ceding their leadership positions to upstarts that were not wedded to the old ways of doing things.  The ones that thrive will do so because they’re able to bring together diverse teams, collide ideas, let go of their sacred cows, and squeeze every ounce of creativity to invent new ways of doing business. 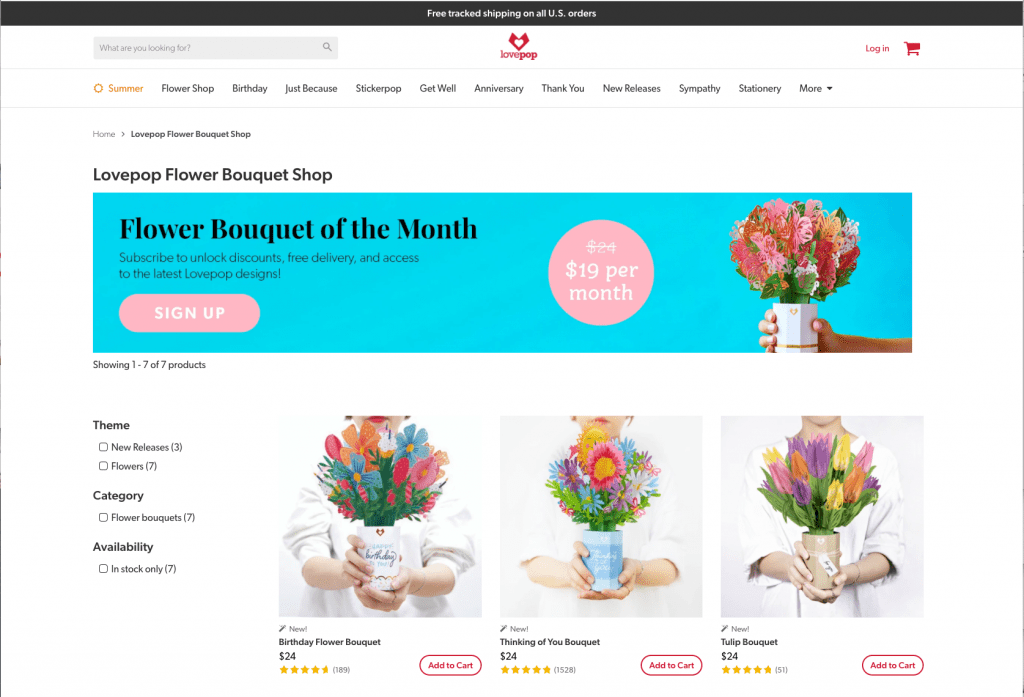 One of my favorite examples is Lovepop, as told by Shark Tank co-host Kevin O’Leary. They’re the company that makes those cool popup greeting cards.  Almost all their sales came from their chain of retail stores, which all of a sudden shut. They triaged the situation when they shut their stores and stopped paying rent. Then they looked at their core competencies and the market needs to see how they might innovate. Flower distribution centers were all closed. They started laser cutting paper bouquets and selling them direct to customers and replaces all their lost business.

One of the challenges of innovation is people often think it only happens by divine inspiration. Many founders start their businesses with an idea that seemed to come in a spark. They don’t bother to deconstruct how the idea went from germination to realization, because it’s not important.  Until it is.

I remember when Laser Storm, my first big startup, was beginning to peak in 2016 after we went public. We experienced our first down quarter in 5 years.  It was evident that we were reaching market saturation in the laser tag business. There were more than 15 companies selling equipment, and it was getting harder to maintain our growth rate.

I used to fret over not coming up with the next big idea.  I was waiting for inspiration. I didn’t know how to create it.

Since then, I have helped start five more companies and mentored dozens more. I now realize that there are tools, frameworks, and methods that can lead to innovation. It’s not magic. Academics have been studying innovation and entrepreneurship for decades now. When I started, it was all black magic.  Not it’s science.

Kylie Savage and I wrote a guide to Innovating for Millennials using human-centered design approaches.  You can check it out here. Over the next weeks, I will be sharing some of the tools and frameworks I have been using over the last two months to run an innovation program for my business.  Hopefully, some of them will be helpful.

If you want to kickstart an innovation program at your company or for your business, just reply to this email with “help me innovate” in the subject, and we can jump on a call to see how we might be able to help.