One of the most frequent questions I get from operators is, “What VR attraction should I buy?”

When I started writing about virtual reality in 2015, my skepticism was rooted in the last two VR waves I rode. In 1992 I helped launch Virtuality, building VR and laser tag arenas in malls across the US in the mid-’90s. Then in 1999, I helped launch Global VR, to greater success. Both of those waves were rogue waves; one big wave that broke on shore and the energy receded back out to sea. 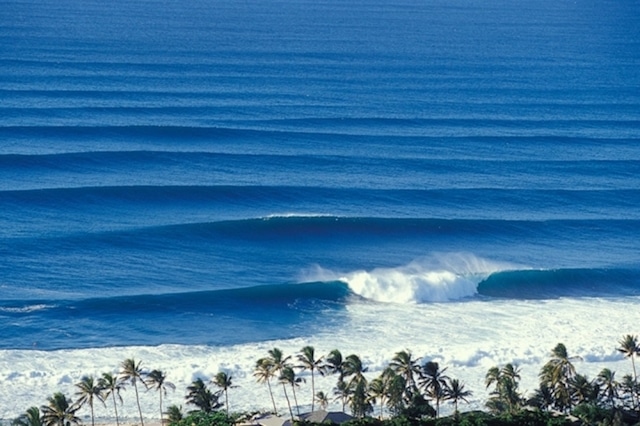 This third wave, as I’ve called it, is more like a set of waves. When a good swell comes into a surf beach, typically created by a storm thousands of miles away, the first waves are few and far between. Then as the swell fills in, the waves stack up all the way to the horizon. We call these “sets.” It’s a magical thing to see as a surfer, but can be intimidating. Will I be able to paddle out through all of that energy? Will I catch the right wave, or will I paddle into something that’s beyond my skill level? What if I get caught out there and my leash breaks? If you let those thoughts get in your head, you’re likely to just sit on the beach watching the other surfers catch all the waves. Which is cool, by the way. I have had memorable days on the beach at San Onofre, drinking a cold beer and watching better surfers than me demonstrating their well-honed skill.

For the amusement operator, this third wave (or maybe I should call it the third swell), is stacking up. At IAAPA in 2015, we saw the first energy in the water. By 2016 the swell filled in, most notably when Zero Latency unveiled their free-roam arena at Main Event at Pointe Orlando. In 2017 there were a lot of waves, but few were surfable. Most were half-baked, poorly executed, and hardly deserving of your money. When I talked to my friend Frank Cosentino, SVP of arcade game manufacturer NAMCO, we challenged each other to see who go try the most VR before succumbed to motion sickness. The notable exception that year was Hologate, which was unveiled by Creative Works, the longtime laser tag arena supplier.

I get asked why Hologate was so successful by almost every other supplier in the market, most looking to see if they can replicate their product launch. Hologate caught lightning in a bottle. It was the first VR product that was under $100K, multiplayer, compact, and brought to market by a company that operators could trust, Creative Works. Most of the other products had glaring problems. Either the games didn’t work, or the labor was too intensive, or the content made people queasy, or the company was unheard of, and operators wondered if they’d be around to support it.

This last year the swell turned epic. VR products worthy of consideration were stacked all the way to the horizon. My friend Kevin Williams counted over 60 VR products on the show floor. I played many, but couldn’t actually try them all. And quite a few were worthy of consideration. I was amazed at the progression in the market. It was like everybody went from surfing 3-foot waves on a foam board to riding the nose on head-high walls of water. But I also saw how it would lead to paralysis of the market.

Most operators I speak to are in one of four states with their consideration of virtual reality: 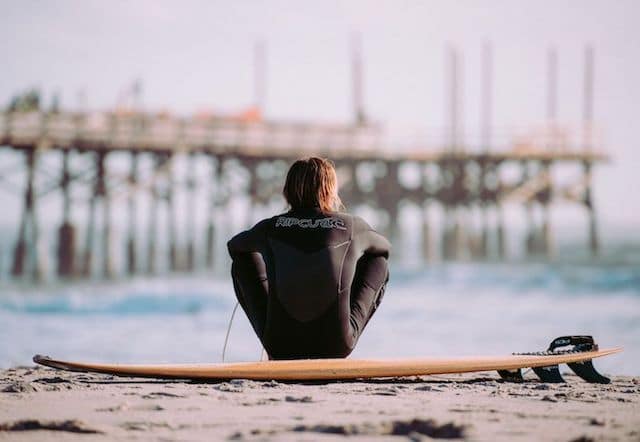 This is like the person who sits on the beach with their board, watching everyone else catch the waves. They’ve been watching VR develop over the last several years, and are still not sure that they should jump in. Is it a fad? Do people like it? Will I get my return on investment? There are about 20 questions you might be asking yourself if you’re in this camp. And they’re all valid questions.

“What if I buy the wrong thing?
“What if I don’t get my money back?”
“What if something better comes out next month?”

To the uninformed, a lot of VR looks the same. How on earth can you step forward, with confidence, and make a buying decision? So many operators are sitting on the sideline, paralyzed by indecision, passively watching and waiting. 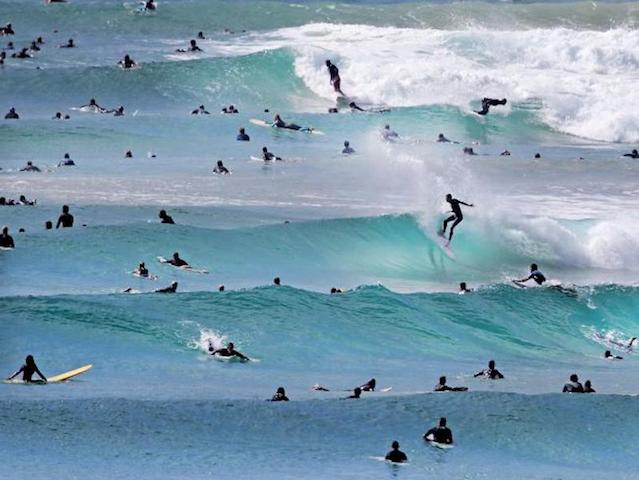 This is the surfer who paddles out to where all the other surfers are sitting and is going to be battling for every wave. They might catch a few, but unless their the best surfer at the break, they’re more likely to be sitting on the shoulder, growing frustrated with their lack of progression and success. These operators are buying what everyone else seems to buy. This makes perfect sense; there’s safety in numbers. If my peers are doing it, then I will just do what they did. This removes the fear from the process. Some introspection by the Follower might show this is just abdicating the responsibility to the crowd. If an operator buys the thing everyone is buying, and it doesn’t work out, they need not shoulder the blame. Fear of failure is more common than we realize and rears its head in many places.

This fear is driving the homogenization of the industry. It’s becoming harder and harder to discern one entertainment center from another. FEC’s are installing climbing walls and ropes courses, once the exclusive domain of trampoline parks, whose owners are installing arcades and bumper cars, once limited to FECs. Bowling centers are taking a page from FEC’s by installing laser tag and redemption centers, while many FEC’s are installing bowling lanes. Soon every FEC will be a vanilla box, all containing the same attractions, competing on price, branding, and service. 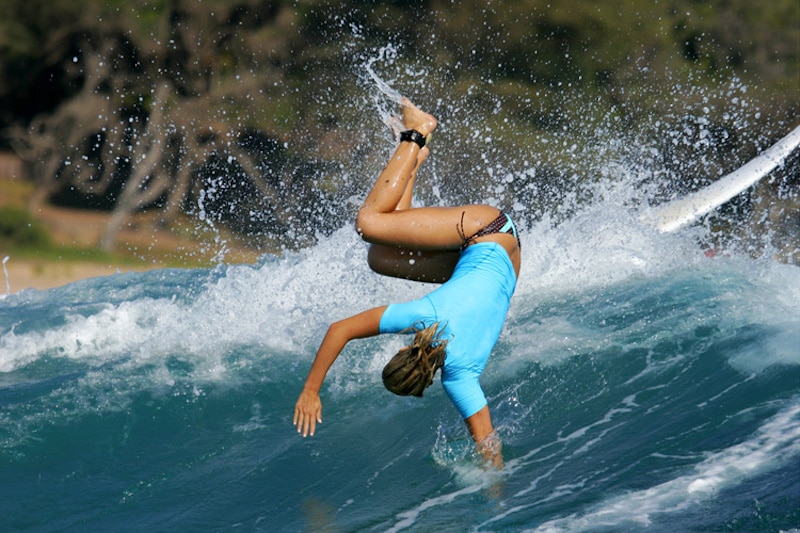 These are the surfers who just paddle out into the break without really studying the ocean. They might get lucky and score the wave of their lives because they’re actually out in the water. But they are probably working way harder than they need to and getting far fewer epic rides.

I also see many operators using trial and error in their businesses. They know they need VR to remain relevant and competitive, but don’t want to necessarily just buy what everyone else is buying. Often these are the pioneers and early adopters that Geoffry Moore wrote about in Crossing the Chasm. Without a framework to inform their purchase decision, they just buy what their intuition tells them. Sometimes this can work, but without a sturdy frame of reference, industry knowledge, and understanding of the underlying technology, it can be like throwing spaghetti at the wall to see what sticks.

The trial and error method is most effective with binary or straightforward problems, where changing one variable at a time can give you a precise result. This approach is the domain of people who don’t understand the problem space. It also can be expensive; chewing through money and wasting time, both resources unfortunately finite in the business world.

The VR entertainment market is inherently complex. Technology is rapidly evolving. Consumer awareness and attitudes are changing, driven by generational shifts that are transforming expectations of entertainment experiences. New pricing models are emerging, and new competitors are continually entering and exiting the market. Complex problems require a more strategic approach. 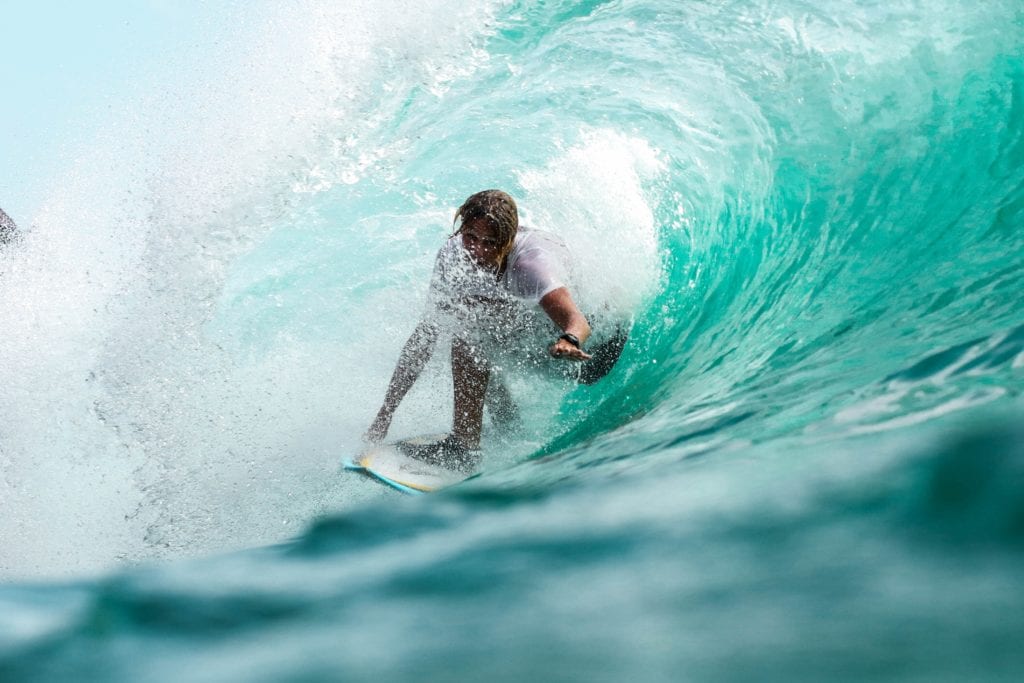 This is the surfer who does his homework and knows the break. He studies how it works at different tides, swell period and direction, wind speed and angle, and watches how the surfers in the water are doing. This is the domain of surfers like Kelly Slater, 11-time world champion. While he certainly could paddle out and be the best in any conditions, his approach is more strategic, which is why he is so dominant.

Surfing, like VR, is highly complex. Every wave is different, and paddling out without a strategy is unlikely to yield the best result. 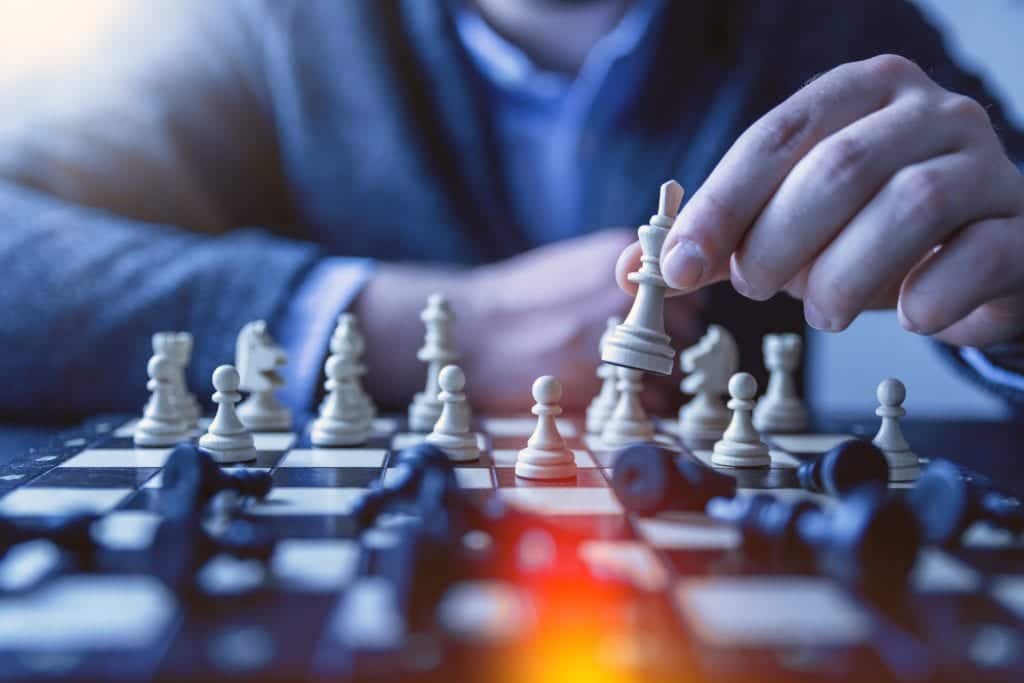 Operators who employ a deeply considered strategy are the ones who are most likely to succeed in the early stages of the VR adoption curve. If the Trialist is playing checkers, then the Strategist is a chess master. They understand that time to market is critical to building a leadership position, and that by increasing the odds of success of their first VR product deployment, they save precious time and money. The money they might have wasted on buying the wrong product can accelerate awareness through effective marketing, further increasing their competitive advantage in the market.

Like Kelly Slater, the Strategist doesn’t let the fear of failure stop them from acting decisively, nor do they allow the pressure of competition to move them to act prematurely. They take the time to survey the product landscape, understand their consumer’s innate needs, consider the physical and brand attributes of the location, and unique needs of their operation.

There are 4 primary things to consider when developing a VR attraction deployment strategy.

Most operators, when looking at a new VR attraction, focus on the attraction itself, and how it fits within their operational needs. They will also consider their location and how the concept fits into their facility. But few if any consider the context of the consumer when they’re in the venue. To guarantee a blockbuster VR deployment, you need to pay equal attention to all four pillars and how they converge. 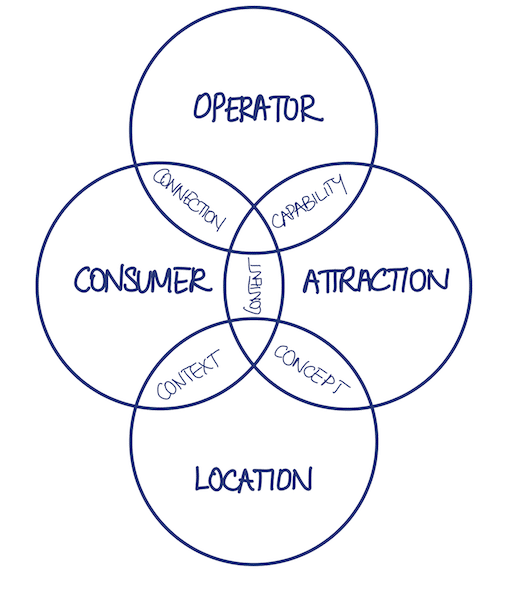 Next week I will unpack these 4 pillars and talk about their intersections so you can develop a surefire VR strategy that will thrill your customers, engage your employees, fit your brand, and most importantly, help you to make real money with virtual reality.

PS – Whenever you are ready, here are 5 ways I can help you make more money with virtual reality.

Coming Up On the Next Virtual Reality Deep Dive Webinar 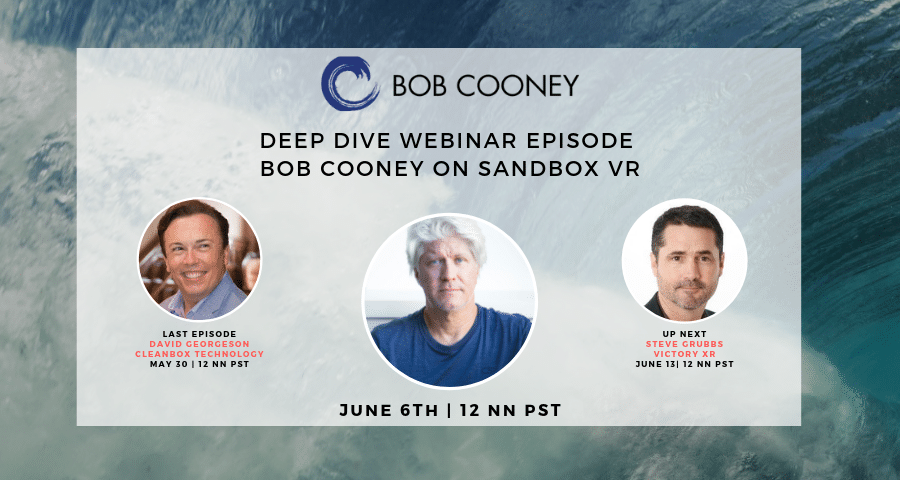 Sandbox VR rocked the location-based virtual reality world when they announced a $68 million investment from leading venture capital firm Andreessen Horowitz. Recently the VC firm released a video on their YouTube channel where they interviewed the founders of Sandbox VR and stepped through their investor presentation. In this webinar, Bob is going to go all Mystery Science Theater 3000 on Sandbox and Andreesen to add his expert commentary, giving context to what you might want to do if you’re raising money in the LBVR business.
Register HERE.
Posted in Dropping In
← David Georgeson of Cleanbox Technology – Ep 21: Bob Cooney’s Virtual Reality Deep Dive (1:10:36)Bob Cooney on Sandbox VR – Ep 22: Bob Cooney’s Virtual Reality Deep Dive (1:22:55) →