Met a fellow camper this morning that gave me some tips on surf spots north of SF.  I’ll let you know how they work out.  He’s a SUPer but I didn’t hold that against him. The surf at the campground was pretty small.  Checked out Santa Claus beach in Carpinteria hoping for something to surf, but the beach was full of surf schools and the waves were 1 foot at best.

Decided I really lucked out at Leo Carillo and decided to move on. Stopped and picked up some veggies for dinner: a giant portobello, heirloom tomato, fresh spinach, and some fruit for the day along with a bunch of sunflowers for the van. Sunflowers are such happy flowers, they always make me smile. 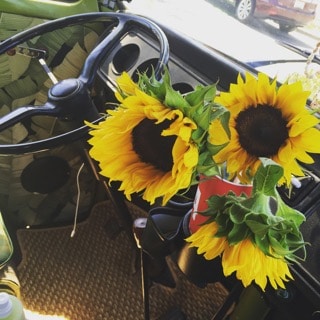 I’m hoping that was my last stop at a traditional grocery store, because I passed dozens of roadside family owned stands along the way and was bummed that I’d already committed.

I wrote some messages on the bus windows: VANcouver or BUSt and  Surf Tofino.  And promoted this blog and my instagram account.  It was really encouraging to hear the honks, and see the thumbs up and shakas from people passing by.  It was a wonderful mix of kids (if you’re under 30 you’re a kid to me now I guess) and old guys.  My guess is the middle-aged guys were too pissed off that it wasn’t them behind the wheel.  Or they were too rushed trying to get to their next meeting, dinner, date, AA meeting, whatever.  I even picked up a couple of new followers from SLO, which I assume was from the drive.

With the exception for a quick coffee stop I pushed all the way through to Morro Bay State Park.  Had a campsite reserved (the only one on the trip so far).  it was nice to get in early and get settled.  It’s a gorgeous setting, and the weather is clear, which is pretty unusual for this area in the summer.  In fact as I write this at 10:00 AM it’s downright warm.  Going to be hot until the inevitable onshore winds start this afternoon. 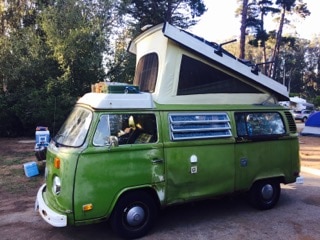 After settling into the site, I used my new EcoXXXX wood stove to cook dinner. With a few sticks you can cook a meal.  It’s pretty cool.  I am loosely committed to a vegetarian diet on this trip.  Grilled portobello with sautéed spinach and onion (in grass-fed butter) with tomato and avocado.  So delicious.

Then the big decision: build a campfire or check out the classic drive-in movie theater in SLO.  I can build a campfire anywhere (pretty much), so the double-feature of Minions and Inside Out it was.  This place is a treasure.  The only modern amenity is they stream the stereo soundtrack over FM radio.  It sounded great on those new Rockford Fosgates.  And since popcorn is technically a vegetable, and beer is too, well, it was a great night.  A little chilly, but nothing three blankets and my Uggs couldn’t fix. 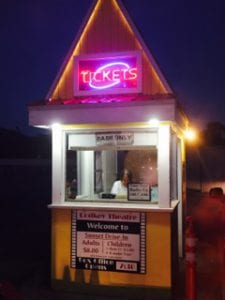 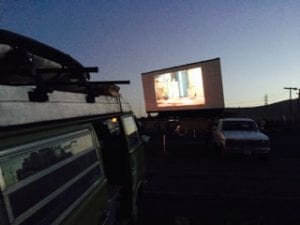 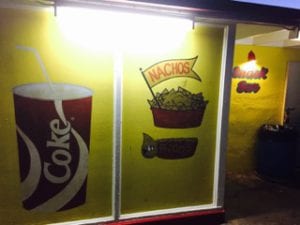 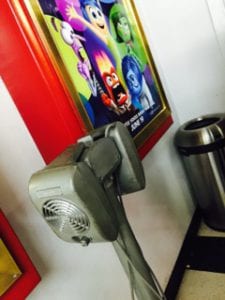 Back at the campsite by 1:30, definitely a good day to sleep in. Hoping to get some great pics from Black Hill today.  Until tomorrow, be awesome,

Posted in Only the Road Knows and tagged surf, travel
← Day 1 San Clemente to CarpinteriaDay 3 Morro Bay to Gorda →